Before you start reading today’s post, I want to warn you. Today’s post is very… Greek. This isn’t a post with “Three things I’ve learned about _Blank_” but it’s a post about my process. Is a small look at how I will occasionally analyze a verse to make it more mult-dimensional for my own personal study.

If you’re not into that sorta thing or you just want some little inspirational thing, this probably isn’t the post of you. No judgement just a fair warning. 🙂

So in Christ Jesus you are all children of God through faith, for all of you who were baptized into Christ have clothed yourselves with Christ. There is neither Jew nor Gentile, neither slave nor free, nor is there male and female, for you are all one in Christ Jesus. If you belong to Christ, then you are Abraham’s seed, and heirs according to the promise. – Galatians 3: 26-29

My process for studying a passage of Scripture is fairly straight forward. I start with a topic and I begin looking at verses related to that topic. I examine key words and their meaning in the original language. I consult commentaries and piece together all the information.

This passage started out just like that. A study. It was another verse in my study until it became so much more.

This study began with “children of God” or as some translations have it “sons of God.” In Greek the word is huios which means ‘son, child, descendant, one of a class or kind.’

In other words, the translation is spot on with “children” or “sons.” It’s the same word that Paul used in Chapter 4 verse 4 when he says that “God sent his Son” but it’s different than the word used in verse 5 with, “we might receive the full rights of sons.” The word used in verse 5 is huiothesia which means ‘adoption as sons.’

As a Gentile (because I’m not Jewish), I am not part of Abraham’s biological line; therefore, I was not part of the promise. But what was this “promise” that verse 29 spoke of. Paul uses the word epangelia. 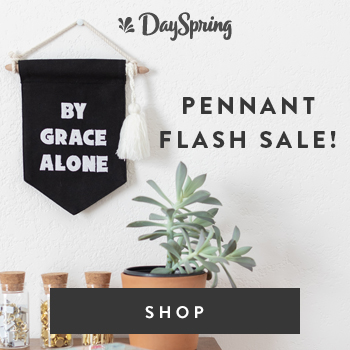 The Lexical Aid in my keyword study Bible explains it this way: ‘ Primary a legal term denoting a summons or promise to do or give something. Used only of the promises of God, except in Acts 23: 21, where it means order or mandate. The thing promised, a gift graciously given, not a pledge secured by negotiation.’

This was a promise that God made to Abraham — a promise without negotiation or requirement. God promised Abraham several things but one was a child in his old age.

This takes us back to huiothesia. Huiothesia is a term used by Paul five times (Ro 8:15, 23; 9:4; Gal 4:5; Eph 1:5) and it would have been a term that the Greeks and Romans would have been familiar with. It’s a technical term used when a person selects and legally names someone else as heir.

When God sent His Son (huios) to redeem everyone, He made it a possible that Gentiles could be adopted (huiothesia) but He doesn’t see Gentiles as different. In fact, He doesn’t separate anyone as the world would. Instead, He views everyone who believes in Him only as “children of God” (huios) which means that we can all be a part of Abraham’s legacy. We can be part of the promise. Not a promise that requires us to follow a bunch of rules like the Jewish people once had to do but a simple promise.

Chapter 3 verse 13 explains that the law made everyone cursed. I could never be good enough on my own. I would always fail to uphold all the laws of the Old Testament. I would always be cursed because of the law.

But, “Christ redeemed us from the curse of the law by becoming the curse for us, for it is written: ‘Cursed is everyone who is hung on a tree.’ He redeemed us in order that the blessing given to Abraham might come to the Gentiles through Christ Jesus, so that by faith we might receive the promise of the Spirit.” (Gal 3:13-14)

I just have to have faith. There aren’t a bunch of rules to follow (although there are guidelines in place to protect me and to give me a God-rewarding life). I am a child of God (huios) just because I believe that Jesus died for my sins.

I am adopted (huiothesia) but I am not treated as some people treat adopted children. I am loved and adored as a child of God and made a heir to His Kingdom. I am now part of the promise (epanglia) that is given to me as a child of God. There is no negotiation. It is just graciously given because I choose to accept it.

My faith makes me a Child of the Most High God. As far as I’m concerned, that’s a pretty awesome title.

There was an error retrieving images from Instagram. An attempt will be remade in a few minutes.

I am a participant in the Amazon Services LLC Associates Program, an affiliate advertising program designed to provide a means for me to earn fees by linking to Amazon.com and affiliated sites.